During this masterclass, we will learn the key skills in mould making and various techniques of working with moulds including slip casting, press moulding and adding decoration within the mould. Ideas for structure and surface decoration will be inspired by the Shelagh Wakely exhibition; looking at ways of creating delicate structures using the mould as a basis and ways of creating painterly and collage effects with clay.

The first session will introduce ways of making a form from clay as well as using found objects to make either a one or two part mould. In the following session various techniques of working with the mould will be demonstrated including back-painting, colouring slips, adding texture and pattern, joining cast pieces, water erosion and mono-printing. In this session we will create a series of repeated forms using our moulds, which will be decorated with coloured slips.

This course is suitable for beginners and those wishing to expand their technical skills base. Participants should either bring an object that they would like to mould or come with an idea of a shape they'd like to form to make a mould.

Tutor: Katie Spragg
Katie has been practicing as a ceramic artist since graduating from Brighton University in 2010. Her work combines ceramics and illustration to create pieces that celebrate storytelling. Katie has exhibited and undertaken residencies both in the UK and internationally at institutions including the V&A, Somerset House and The Guldagergaard International Ceramics Research Centre, Denmark. She will begin a Masters at the Royal College of Art this year. 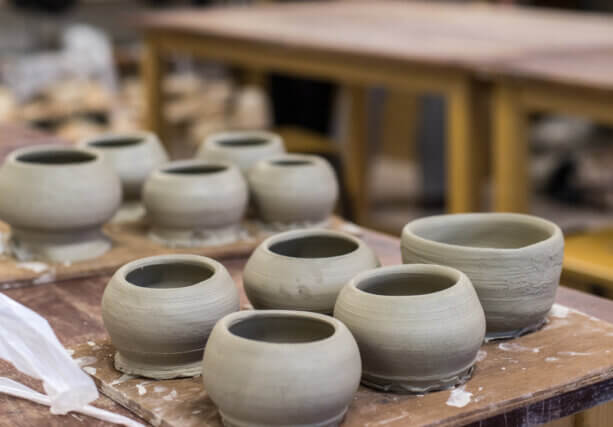