An evening of presentations dedicated to the final work of seminal theorist and artist Antonin Artaud (1896-1948), who has inspired many artists, filmmakers, and choreographers worldwide.

The event will open with a short discussion between Matt Williams and Stephen Barber about A Sinister Assassin, a collection of the final writings and interviews of the legendary artist and writer Antonin Artaud from the first months of 1948, edited and translated by Stephen Barber from the original documents and manuscripts. It is followed by a reading by Stephen Barber of one of the two newspaper interviews Artaud gave in the last week of his life at his pavilion in Ivry-sur-Seine. He discusses and refuses both his imminent death and the then-recent censorship of his radio work and delivers his last denunciations.

Karolina Urbaniak’s contribution to the event is an audio-visual exploration of The Projection of the True Body, one of Artaud’s last drawings, which illustrates Artaud’s final preoccupations and obsessions with magic, the battle with evil and the strive for infinity through the creation of the body without organs. Richard Hawkins’s longstanding interest in Artaud has manifested in various mediums, including texts, ceramics, drawings and moving-image. For the A Sinister Assassin event, he will present a series of short digital videos focusing on the humour and eroticism of Artaud’s Rodez drawings.

Audrey Szasz’z will recite fragments from the new Tutuguri to evoke the legendary performance of Colette Thomas. The latter read from Artaud’s Fragmentations at the gala benefit for him held at the Sarah Bernhardt Theatre on June 7, 1946.

After this, John Zorn selects a piece of self-composed music inspired by Artaud. Martin Bladh will close the event with a performative reading based on Artaud’s last notebook (no. 406), which contains the last words Antonin Artaud ever put to paper.

Please note that the event will contain videos of nudity and explicit sexual content.

Stephen Barber is the author of Antonin Artaud: Blows and Bombs (Faber & Faber, 1993). While researching that book in Paris at the end of the 1980s, he met with many of Artaud’s then-surviving collaborators, friends, and doctors. In addition to A Sinister Assassin, he has also edited and translated Artaud’s letters from his catastrophic journey to Ireland, Artaud 1937 Apocalypse (Infinity Land Press 2018, Diaphanes 2019). In 1996, he curated a festival at the ICA on Artaud’s work that included contributions from Artaud-inspired figures such as David Bowie, Patti Smith, Pierre Guyotat and Alejandro Jodorowsky. He has collaborated with Matt Williams on projects about the rise and fall of Margaret Thatcher’s regime, and on 1960s Tokyo experimental cinema. Stephen is currently a Fellow of the Hamburg Institute for Advanced Study and a Professor of art and film at Kingston University London. His most recent books include White Noise Ballrooms (2019) and The Projectionists (2021).

Martin Bladh is a Swedish-born artist of multiple mediums. His work lays bare themes of violence, obsession, fantasy, domination, submission and narcissism. Bladh is a founding member of the post-industrial band IRM, the musical avantgarde unit Skin Area and co-founder of the publishing company Infinity Land Press. His published work includes To Putrefaction, Qualis Artifex Pereo, The Rorschach Text, The Hurtin’ Club, Darkleaks – The Ripper Genome, Marty Page, The Torture of the 100 Pieces, Braquemard: The Clavicle of Gilles de Rais and DES: The Theatre of Death. He lives and works in London.

The Los Angeles artist Richard Hawkins has been revering, abusing, and reincorporating the drawings of Antonin Artaud in ceramics, sculpture and collage since 2015. Exhibitions of these works include Jenny’s, Los Angeles; Galerie Daniel Buchholz, Koln; Greene-Naftali, New York; Cabinet, London and Goton, Paris. His preface to Clayton Eschleman’s translation of Artaud’s The Human Face will be published by Diaphanes in mid-December 2022.

Audrey Szasz (aka Zutka) is a London-based writer. Infinity Land Press published her debut in print, Plan for the Abduction of J.G. Ballard (a collaboration with Jeremy Reed) in 2019, followed by her first novel Tears of a Komsomol Girl in 2020. She is also the author of the novella Invisibility: A Manifesto (2020) and a second novel, Zealous Immaculate (2022), via Amphetamine Sulphate. Szasz has performed live on numerous occasions, making her debut at the National Poetry Library (Royal Festival Hall) and has since appeared at the Poetry Café in Covent Garden, at the XIII Prague Microfestival, Brook Street in Mayfair and most recently in Manhattan, NYC. She has also participated in several podcasts — such as Nearest Truth, Wake Island, and Anechoic Chamber — producing spoken-word versions of her various works and composing her own soundtracks.

Karolina Urbaniak is a photographer, multimedia artist and co-founder of Infinity Land Press. Urbaniak co-authored and illustrated over dozen of books such as Altered Balance – A Tribute to Coil, Death Mort Tod – A European Book of the Dead, Artaud 1937 Apocalypse, The Torture of the 100 Pieces and The Songs of Maldoror among others. On The New Revelations of Being, an audio-visual installation inspired by the work of Antonin Artaud was premiered at Visconti Studio in Kingston in 2018, and a film Sandmann at the Freud Museum London during The Uncanny: A Centenary festival. She lives and works in London.

Born and raised in New York City, John Zorn is a composer, performer, artist, universalist, and aesthetic philosopher who has forged an independent path that defies academic categories through a wide variety of stylistic domains. Drawing upon experience in classical, jazz, rock, hardcore punk, klezmer, film, cartoon, popular, world and improvised music, his body of work is remarkably diverse and draws inspiration from Art, Literature, Film, Theatre, Philosophy, Alchemy, and Mysticism as well as Music.

A Sinister Assassin presents new translations of Antonin Artaud’s largely unknown final work of 1947-48, revealing new insights into his preoccupation with the human anatomy, sexuality, societal power, creativity and ill-will. That last work – mostly undertaken at a pavilion in the grounds of a convalescence clinic in Ivry-sur-Seine, on the south-eastern edge of Paris – is the most extraordinary element of Artaud’s entire prolific body of work. It is the element now most enduringly inspirational, for artists, filmmakers, musicians, writers, choreographers, and others inspired by Artaud, through its fiercely exploratory and combative forms.

Drawing from extensive archival consultations of Artaud’s manuscripts, and from many original interviews with his friends, collaborators and doctors of the 1940s, this book brings together translations of the many manifestations of Artaud’s final writings: the contents of his last, death-interrupted notebook; his letters; his two final key texts; his glossolalia; the magazine issue which collected his last fragments; and the two interviews he gave to national newspaper journalists in the final days of his life, in which he denounces his work’s recent censorship.

Edited, translated and with an Introduction by Stephen Barber, A Sinister Assassin illuminates Artaud’s last, most intensive work, for the first time.

Infinity Land Press provides exclusive, clandestine publications which are inoculated against the circulatory system of the established book market.

Founded in 2013 by Karolina Urbaniak and Martin Bladh, Infinity Land is a realm deeply steeped in pathological obsessions, extreme desires, and private aesthetic visions. Having disappeared over the horizon from the nurseries stocked with frivolous babblings of apologetic pleasures, Infinity Land is foundationally a geography configured by the compulsive, annihilating search for impossible beauty. In the words of Yukio Mishima, ‘True beauty is something that attacks, overpowers, robs, and finally destroys.’ 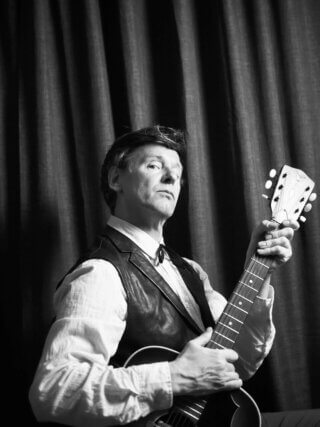