Alessio Antoniolli, Director of Gasworks and Triangle Network, David A. Bailey, curator, and Courtney J. Martin, Assistant Professor of History of Art and Architecture at Brown University, discuss how public institutions represent a globalised art world as a way of provoking redefined narratives of contemporary culture. How has globalisation changed the art world, and do UK arts organisations present enough art from around the world?

This talk will look at how we can challenge the Western canon of contemporary art, ensuring that UK institutions have dialogues around diversity and the representation of artists from across the world alongside British minority artists, whilst also thinking about how we mediate these differences.

In 2015/16 Camden Arts Centre celebrates its 50th anniversary and, to mark the occasion, we are presenting five lectures looking at the important role public institutions such as Camden Arts Centre have played in making art accessible for everyone. Read more here.

Tickets
Full price: £9 / Friend, Patron and Concession: £7
The talk will be followed by a drinks reception to continue the conversation, and one drink is included in the price of your ticket.

Alessio Antoniolli is the Director of Gasworks where he leads the artistic and strategic development of a  programme of residencies, exhibitions and participation projects focusing on emerging UK and international artists and practices. Alessio is also the Director of Triangle Network, a global network of grass-roots organisations. He is involved in running, fundraising and strategic planning for the Network, as well as working with new partners on developing mobility and exchange projects. In 2009 Alessio instigated the Knowledge and Skills Sharing Programme, an ongoing series of professional development and training opportunities for artists and arts coordinators within the Triangle Network.

David A. Bailey MBE is a curator, photographer, writer and cultural facilitator living and working in London. Bailey’s research centres around the notion of diaspora and black representation in art. He co-curated the ground-breaking exhibitions Rhapsodies in Black: Art of the Harlem Renaissance with Richard J Powell at the Hayward Gallery, London in 1997, and Back to Black: Art, Cinema and the Racial Imaginary with Petrine Archer-Straw and Richard J Powell at Whitechapel Art Gallery, London in 2005. From 1996 to 2002, he was Co-Director of the African and Asian Visual Artists Archive (AAVAA) at the University of East London. From 2005 to 2009, he was Senior Curator of Autograph (ABP), and from 2005 to 2011 he was a Curator at Platform for the Remember Saro-Wiwa Living Memorial. Since 2006, he has been the founder and Director of the International Curators Forum, and between 2009 and 2010, he was the Acting Director of the National Art Gallery of the Bahamas in Nassau.  David A Bailey was awarded an MBE in the Queen’s Birthday Honours List 2007, for services to art.

Courtney J. Martin is an assistant professor in the History of Art and Architecture department at Brown University. As an art historian of the modern and contemporary fields, her scholarship is invested in the ways in which the post-1968 period altered art and artists internationally. Prior to Brown, she was an assistant professor in the History of Art department at Vanderbilt University (2010-2013); Chancellor’s Postdoctoral Fellow in the History of Art at the University of California at Berkeley (2009-2010); a fellow at the Getty Research Institute (2008-2009); and a Henry Moore Institute Research Fellow (2007). In 2012, she curated a focus display at Tate Britain, Drop, Roll, Slide, Drip…Frank Bowling’s Poured Paintings 1973-1978.  In 2014, she co-curated the group show, Minimal Baroque: Post-Minimalism and Contemporary Art, at Rønnebæksholm in Denmark. Since 2008, she has co-led a research project on the Anglo-American art critic and curator Lawrence Alloway at the Getty Research Institute and is co-editor of Lawrence Alloway: Critic and Curator (Getty Publications, 2015). In 2015 she curated an exhibition of the American painter, Robert Ryman at the DIA Art Foundation, entitled Robert Ryman.

Watch a film of the first lecture in this series with Sir Nicholas Serota, Director at TATE, and artist Jeremy Deller here.

Eligible Concessions
Concessionary fees are available to attendees who are in receipt of housing and council tax benefits, income support, job seekers allowance or a state pension; full time students with NUS cards or those who are registered disabled. 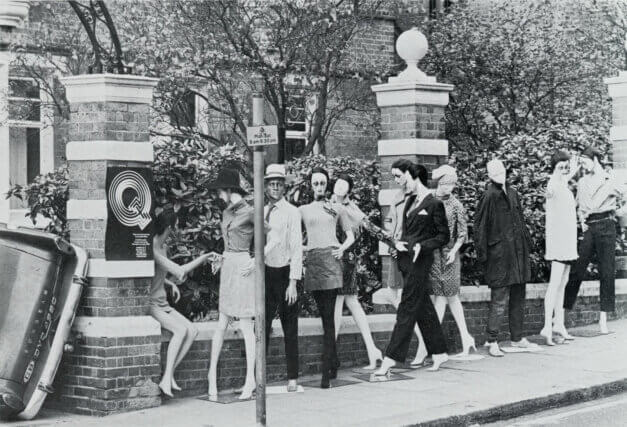 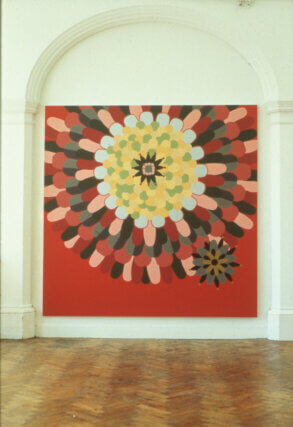