Described as a cultural scavenger, Thomas Scheibitz collects and uses scraps of images from both high and low culture: classical Renaissance paintings, contemporary cartoons, advertising visuals and film stills, as well as images of architecture and graphic design.

His is a futuristic vision of a fast-paced consumer society, where nature and technology merge and realism is replaced by pop design. This exhibition across all the galleries included paintings, sculptures and works on paper. Scheibitz coats both the paintings and the sculptures with his trademark palette using flat areas of colour and expressive brush strokes; his sculptures have been compared to 3D canvases from which the paintings’ planes have been transformed into life-size objects. The positioning of the works within the galleries further highlights the bond and mutual influence between the paintings and sculptures.

His work contains a strong graphic sensibility and uses imagery made up of geometric shapes and symbols taken from personal memory and the media. Exploring the boundary between figurative representation and abstraction he builds up compositions from a kaleidoscope of visual references.

TOD IM DSCHUNGEL is also the title of a publication produced by Scheibitz to coincide with the exhibition.

The exhibition and accompanying catalogue had been organised in collaboration with IMMA, Dublin. 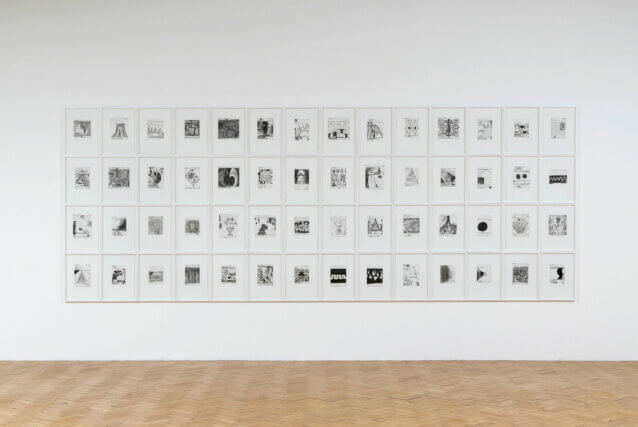