Starting her career in the 1970’s, Chantal Akerman is now widely regarded as one of the most significant artists and film directors of her generation.

She came to prominence with her first feature length film Je Tu Il Elle (1974) which she wrote in Paris in 1968. Since the 1990’s she has crossed over between film and visual art producing installations or environments for numerous exhibitions.

For this exhibition Akerman bought together two installations alongside a single screen film from 1972, Hotel Monterey. Shot in real time and with loose plot structures, her works shift between experimental, documentary and narrative formats and are all closely related to the everyday, feminism, sexuality and her family history.

In Gallery 1, To Walk Next to One’s Shoelaces in an Empty Fridge (2004) was an enigmatic two part video installation that traces the content of Akerman’s maternal grandmother’s adolescent diary, a rare document of considerable age, miraculously discovered after she perished at Aushwitz.

By contrast, Women from Antwerp in November (2007) contains a compelling series of images reminiscent of early French and American film noir. Two projections screened opposite each other feature a number of women smoking in various settings. This exhibition touches on Akerman’s foundation in feminist filmmaking and her deep connection to a highly personal, yet distant, cinematic point of view. 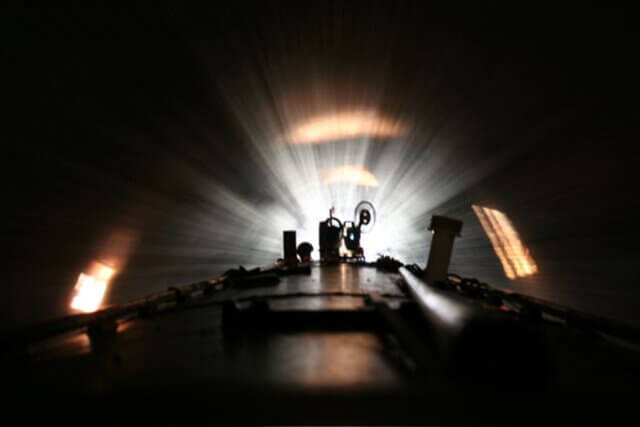