British artist Hannah Collins is known for her large unframed photographs that create immersive spatial experiences, and installations that involve film and sound.

Her summer exhibition at Camden Art Centre revealed Collins’ capacity to convey the emotional and psychological aspects of spaces steeped in cultural and social history.

Gallery 1 introduced Collins’ vast unframed prints whose scale envelopes the viewer. Spanning her career to date, they were mostly interior scenes of apparent inhabitation. They include two early works made in East London – Thin Protective Coverings (1986) and The Violin Player (1988) – involving makeshift furnishings, mattresses and cardboard that provide temporary comfort and refuge. Another image showed the traces of life inside the hut where Nelson Mandela spent his teenage years, alienated from his family. Nearly all of these places are unoccupied, inviting the viewer to imagine the lives that were once lived there.

A motif of sound – both musical and the spoken word – ran through the exhibition. Family (1988) showed a collection of aged and worn loudspeakers, resting on each other in a common space. The Interior and the Exterior – Noah Purifoy (2014) was an installation of sound and photographs filling an entire gallery that is a homage to the celebrated West-Coast artist (1917 – 2004). The images were taken with a plate camera, engaging a slow, contemplative way of looking at Purifoy’s assemblages of recycled materials and objects. The three-channel soundscape brought together spoken accounts of Purifoy’s contemporaries, recorded by Collins, including Ed Ruscha, members of the Black Panther Party as well as artists engaged with the radical activism and social revolution through the ’60s and ’70s.

The Fertile Forest (2013-15) was an installation of photographs with accompanying text, gathered during periods spent with Cofan and Inga tribal peoples in the Amazon basin. These plants serve a variety of purposes – from headache cures to maladies of the soul and in some cases enable hallucinogenic journeys on spiritual planes and ‘telepathic’ communication with other individuals. The photographs were accompanied by wall texts narrating the physical and spiritual journeys made into the forest by tribal members as well as recounting the relationships formed by the artist whilst she was recording the plants. Shown as a sequence of small prints on a shelf around the perimeter of the room, the installation reflected the movement of the river giving life to the Amazon. Printed in rich detail, the images encouraged a contemplation of their tiny similarities and differences.

A time-lapse film, Solitude and Company (2008) was in the Reading Room. Filmed in a former industrial town in Northern France, it was a portrait of an abandoned and derelict factory, accompanied by the music of a local Algerian DJ and voices recounting their own dreams.

Hannah Collins (b. 1956) studied at the Slade (1974-78) following which her career was established in the UK, with solo exhibitions at Ikon Gallery, Birmingham,1988; ICA London 1989; Chisenhale Gallery, London,1996; Cornerhouse Gallery, Manchester, 1996; Contemporary Art Centre, Glasgow, 1996. Having spent many years living in Spain she is now again based in the UK. Collins was nominated for the Turner Prize in 1993.

Hannah Collins discusses her exhibition with writer and critic John Slyce prior to the Exhibition Preview, 4.00 – 6.00pm.

Drop in for free, short gallery tours led by one of our Volunteer Front of House Assistants. The tours begin in the central space and then look at the Hannah Collins exhibition.

Performance: Noah Angell - In a cell lit by singing fireflies

Transforming the Artists’ Studio into a space of collective listening, Noah Angell guides us through an auditory cinema of desire, distance and bodily rhythm.  Featuring ethnographic field recordings from Papua New Guinea, Bulgaria, France, Mississippi and more, Angell’s new lecture-performance looks at love songs transmitted via bird and insect messengers, prison songs where the yearnings of the incarcerated fail to reach their loved ones and maternal resonances of bass immersion as exemplified in recordings of gongs.

This series takes Noah Purifoy’s work as a staring point. Artist and founding Director of the Watts Tower Art Centre, Purifoy was known for his assemblage works. His earliest sculptures, constructed out of charred debris from the 1965 Watts Rebellion formed the basis for 66 Signs of Neon, a landmark group exhibition about the Watts Riots. In the late 1980s he moved his practice to the Mojave Desert, making large-scale sculpture constructed entirely from junked materials over a ten acre plot of land.

Collins and Goodwin discuss what it means to make work about another artist and the ‘present-ness’ of Collins work juxtaposing this with the late 60s LA Black Art Scene, whilst considering civil unrest in the US today and its parallels in the UK. 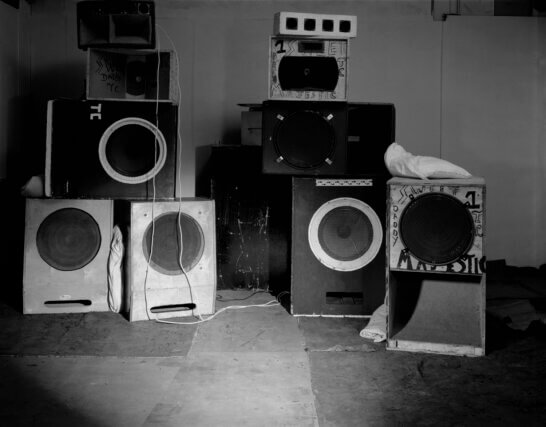 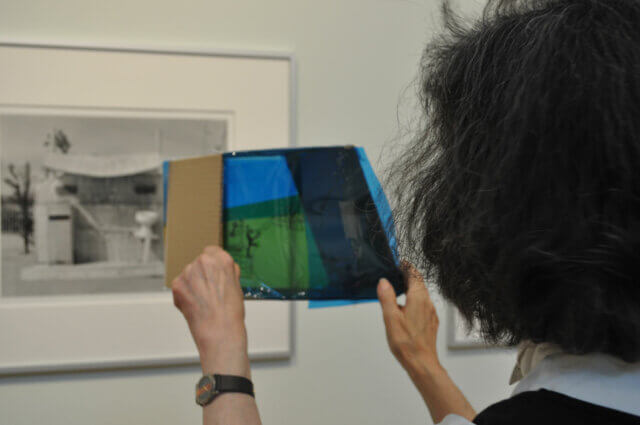 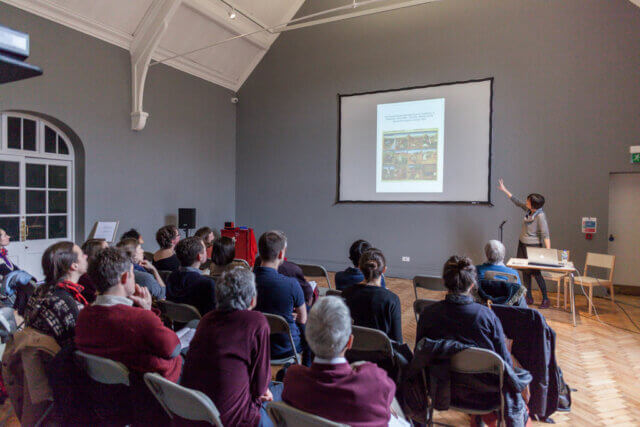 Performance: Noah Angell - In a cell lit by singing fireflies 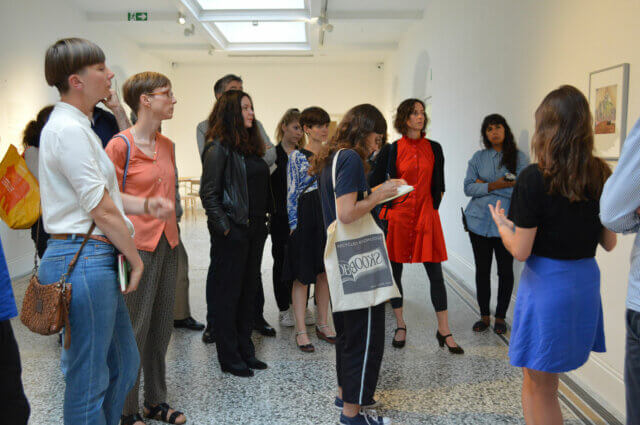 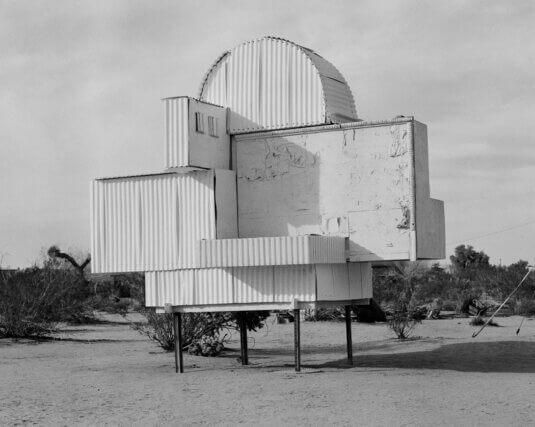 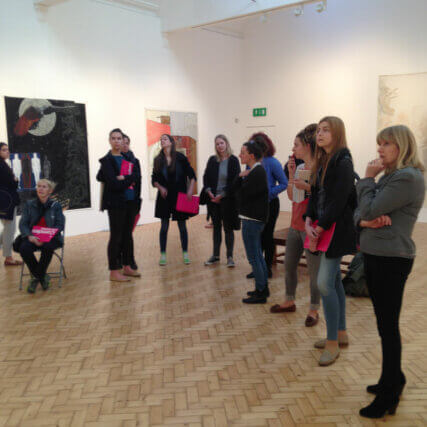 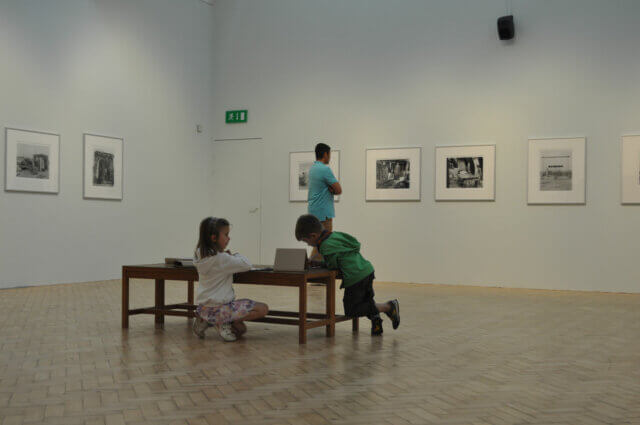