Junction: Premier of Return of the Witness by Ria PacquÃ©e - Camden Art Centre

Junction: Premier of Return of the Witness by Ria PacquÃ©e

Junction: Premier of Return of the Witness by Ria Pacquée

An exclusive screening of Pacquée's new film commissioned by Camden Arts Centre, is preceded by the artist in conversation with artist and writer Michael Curran. There is also a chance to purchase the File Note publication which accompanies the residency.

Ria Pacquée, who lives and works in Antwerp, is the third and final artist in a year-long series of projects commissioned by Camden Arts Centre for King’s Cross. Pacquée’s film for Junction is a street-level portrait of King’s Cross, bearing witness to the luminal spaces that at once comprise one of Europe’s largest building sites, the UK capital’s gateway to Europe and one of the most notorious areas of north London. The film is made from footage shot incognito, by Pacquée on a series of visits to London during the summer of 2009. Shooting on a small hand-held digital camera, she plans to explore and record the streets of this evocative area.

Junction is a series of artist’s projects for King’s Cross commissioned by Camden Arts Centre and supported by Bloomberg. Ria Pacquée’s project has received additional support from Angela Nikolakopoulou. 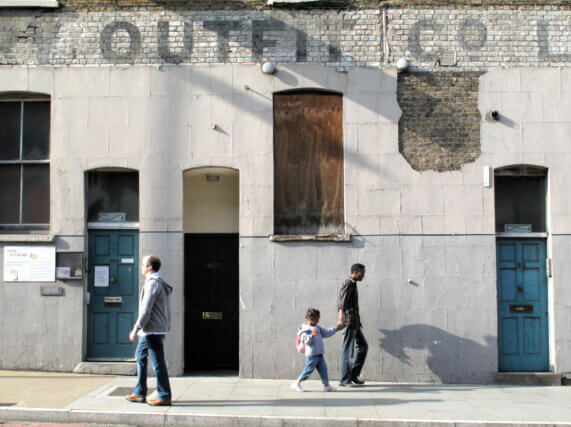