Working on the beaches along the Severn Estuary near Cardiff, Setch takes his local environment as subject matter and medium.

Since the mid-seventies he has observed and charted the gradual despoiling of that shoreline in large-scale, vigorous paintings using a process which mirrors the decay on the sea edge. This exhibition bought together work developed over the last three years to reveal Setch as a radical force in current British painting. His art may now be seen as the latest in the long tradition of painting which has sought to capture a sense of place in the British landscape and which, in the late twentieth century, cannot be divorced from a sense of time.

Organised by Camden Art Centre, with ORIEL, Cardiff and the National Museum of Wales. The exhibition toured Talbot Rice Gallery, University of Edinburgh. 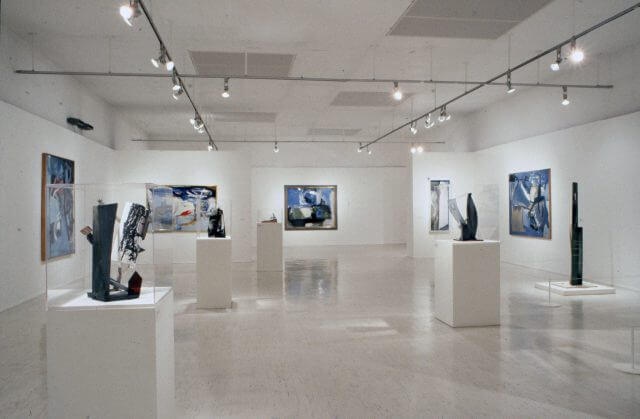