Return of the Witness

Return of the Witness

This exhibition was the culmination of the Junction project, drawing together all the work produced for this series of offsite commissions in King’s Cross. Encompassing performance, film, sculpture and community engagement, the works variously engage with the architecture, popular usage, community activity and history of King’s Cross.

Ria Pacquée, who lives and works in Antwerp, was the third and final artist in a year-long series of projects. Pacquée’s film for Junction is a street-level portrait of King’s Cross, bearing witness to the luminal spaces that comprise one of Europe’s largest building sites, the UK capital’s gateway to Europe and one of the most notorious areas of north London.

The film is made from footage shot on a hand-held digital camera by Pacquée during a series of visits to London over the next six months. 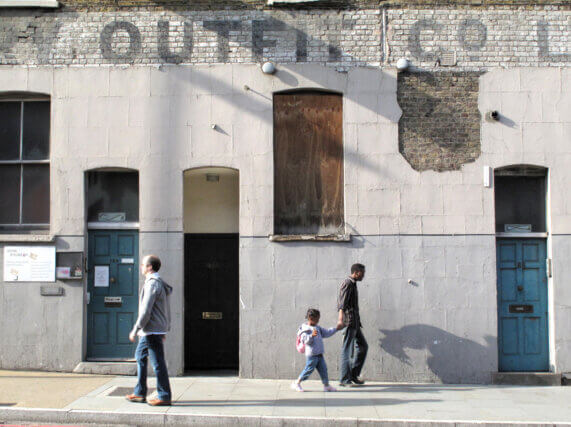 Junction: Premier of Return of the Witness by Ria PacquÃ©e