The project seeks to strengthen connections between artists and institutions in London and Tokyo through a series of residencies and research visits.

Camden Arts Centre Exhibition Organiser Gina Buenfeld visited Tokyo in September 2014 and returns in February to present a salon event at Shibaura House, supported by the British Council. Director of Camden Arts Centre Jenni Lomax will be on the selection panel of the Nissan Prize in the summer of 2015.

The programme is supported by the Sasakawa Foundation, Department for Arts and Culture, Japan and the British Council in Japan

An afternoon of discussion informed by the Tokyo Correspondence exchange – a series of residencies in Tokyo and London hosted by Camden Arts Centre and Arts Initiative Tokyo.

Artist-in-residence Ryosuke Imamura screens a series of his video works as he joins us for his three-week research residency. Alongside Imamura’s work, the event will consider other artists who have addressed the aesthetic dialogue between east and west including João Maria Gusmão + Pedro Paiva, Simon Fujiwara and Simon Martin. The afternoon is a forum for discussion about the effects of artistic globalism and the influence of local identities.

Ryosuke Imamura b.1982, Kyoto, Japan, considers the relationship between man and his surroundings. His film and sculptural works use electrical artifice, sound and movement to capture our unconscious experiences of daily life. Living and working in Kyoto, Imamura completed his MA in Sculpture at Kyoto City University of Arts in 2007.  In 2011 he was selected for the Shiseido Art Egg Award winning first prize and also exhibited in the Yokohama Triennale in Kanagawa, Japan.  He has exhibited widely in Japan including his most recent exhibition  Art Scope 2012-2014 – Remains of Their Journeys,  Hara Museum of Contemporary Art, Tokyo, Japan (2014).

Part of the Tokyo Correspondence series in collaboration with Arts Initiative Tokyo (AIT).

Supported by the Sasakawa Foundation 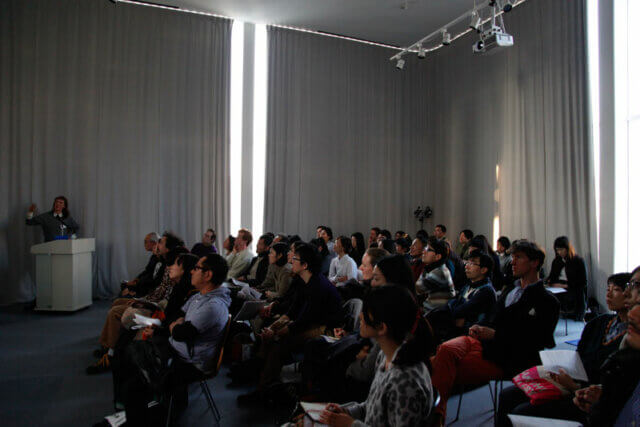