Walter Price (b. Macon, Georgia) lives and works in New York. Working in painting and drawing, Price’s recent works have been concerned with what he describes as the various rhythms and cadences of the environments he has travelled.

He attempts to disrupt and reconcile what he describes as a ‘wrongness’ in painting by questioning its conventions from the viewing experience to the materials and techniques he might employ within a work.

Despite their sometimes intimate scale, all of his paintings have an intensity and breadth that is almost filmic in nature – mise en scenes filled with familiar objects and landscapes, isolated in space but abstracted from reality and their relationships to each other. Language is used in a similar way to figures and objects within the paintings – often concealed and fragmented, taken out of their original context, the words and phrases become formal elements of the paintings themselves. His drawings extend these processes, an active steam of consciousness that use a directness in mark making, energy and movement which is reflected in his paintings.

For his residency at Camden Arts Centre, Price worked on a new body of paintings and drawing as he responded to his time in London and the new conditions of his studio at Camden.

He has been included in the 2019 Whitney Biennial with recent solo shows including We passed like ships in the night, Aspen Art Museum (2019), Walter Price, MoMA PS1, New York (2018), Pearl Lines at Kölnischer Kunstverein, Germany (2018), The Modern Institute, Glasgow (2018) and Karma, New York (2016).  Recent group exhibitions include The Practice of Everyday Life, SLAG Gallery, New York (2019), Techniques of the Observer at Greene Naftali (2019), Fictions, The Studio Museum Harlem, New York (2017).

The studio residency at Camden Art Centre has become a space to support early to mid-career artists at pivotal moments in their careers.  Providing space for reflection and mentored support, the residency enables artists to develop new works and projects. 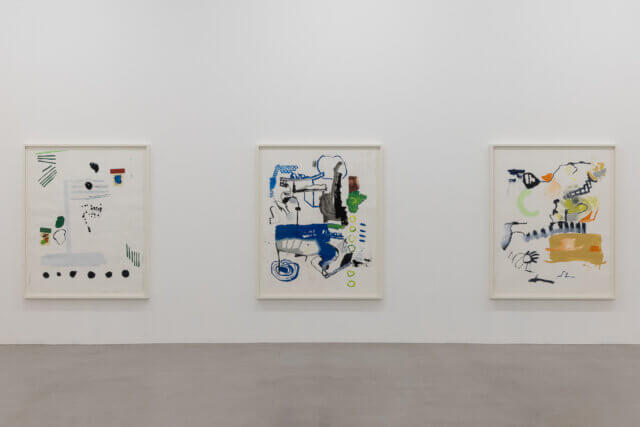